Washington, D.C. – The Campaign for Sustainable Rx Pricing (CSRxP) released the findings of a study Wednesday that found the largest pharmaceutical manufacturers in the U.S. spend just 22 cents out of every dollar on research and development (R&D). The study, conducted in partnership with GlobalData, also found Big Pharma spending on advertising, corporate overhead and profits is more than double funding for R&D. 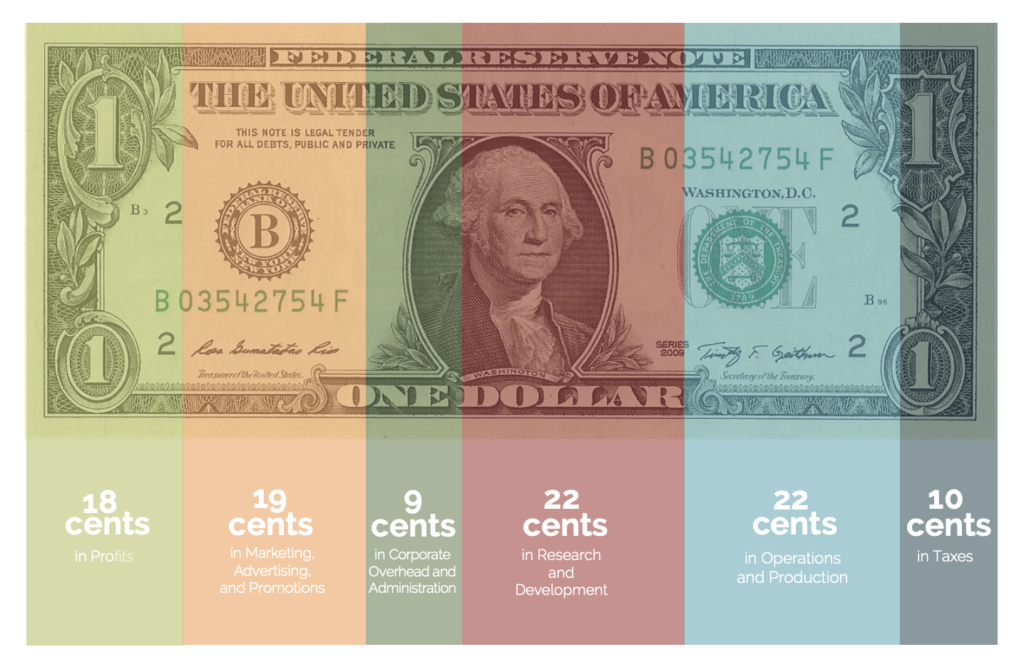 The findings demonstrate Big Pharma spends more on advertising, corporate overhead and profits (46 percent) than R&D (22 percent) by a margin of two to one.

Three manufacturers banked more in profits than they invested in R&D, including Biogen, Gilead and Pfizer. Pfizer pocketed profits at a rate nearly three to one what the company invested in R&D.

“Big Pharma has hidden behind the R&D defense and blamed others for the crisis of rising prescription drug prices,” Aronson continued. “It’s important lawmakers and the public see through Big Pharma’s mile wide and inch deep rhetoric to hold the industry accountable with market-based solutions to increase competition and crack down on anti-competitive practices.”

The study follows a run of Big Pharma companies besting earnings forecasts in the first three months of 2019 and recent reports the industry is increasing spending on advertising.