As bipartisan momentum to hold Big Pharma accountable and take action on out-of-control drug prices continues to build, the U.S. Senate Committee on Finance is scheduled to question the executives of seven major pharmaceutical manufacturers on February 26, 2019.

In advance of the hearing, the second held by the committee on drug pricing this year, the Campaign for Sustainable Rx Pricing (CSRxP) is rolling out a new blog series on what lawmakers can expect to hear from these seven pharma CEOs – and why their rhetoric rings hollow when measured against their companies’ track record.

We’re taking a look at the unkept pledges, proclamations and promises made by Big Pharma that lawmakers should be prepared to confront with a “dose of reality.”

In this dose of reality, we’ll see how the rhetoric of Big Pharma CEOs matches up with reality (“the hard medicine”).

The truth is, Big Pharma’s price gouging is impacting patients from coast to coast – who are struggling to afford the medications they need to survive.

Click the below map the read more about their stories, and the impact out-of-control drug prices are truly having on every day Americans: 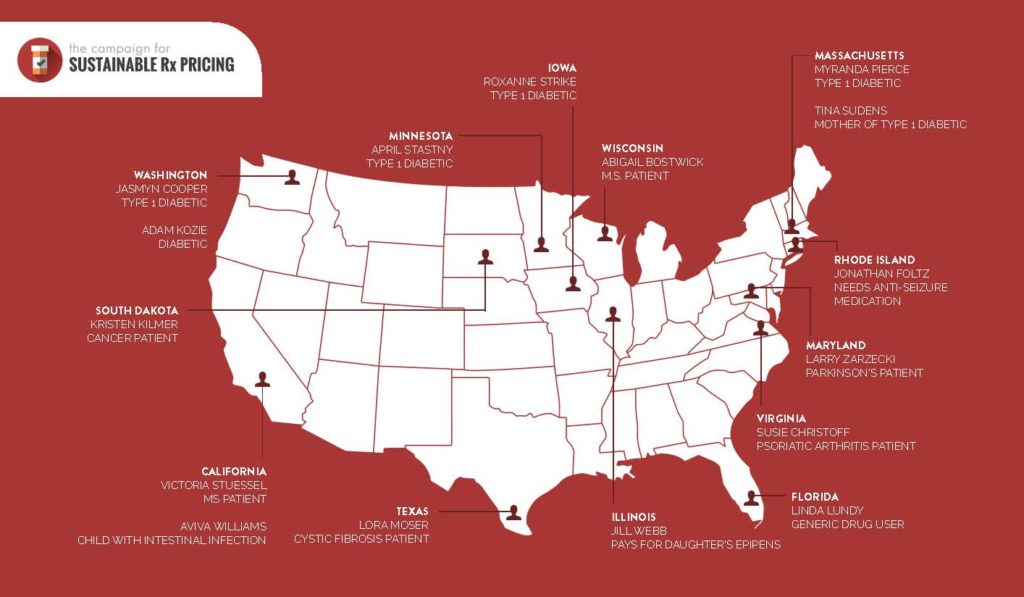